Things To Know About How To Catch Grass Carp

Are you planning to catch grass carp in your next fishing outing? Many bass anglers are known to catch this unique fish species on 4 inch top water plugs and fly anglers usually grab the fish on corn flies.

Grass carp could grow each year up to 18 inches in ideal environments. A grass carp of more than 36 inches could be considered as big fish.

However, to catch this fish on the fly, it would be important to find out the perfect lake. Well, to let you know the technique correctly, we have brought a list of how to catch grass carp along with other valuable information.

Hold on your interest and keep on reading.

If you fail in landing the fly in the correct spot with the fly rod, you would not be able to catch much grass carp.

You would require a fly rod that could be accurately cast. Many times, distance won’t matter. Sensitivity would be a significant factor that has to be considered for your rod.

A sensitive tip could be the ultimate thing that would help you give smaller twitches for making the fish excited. Grass carp are known to be stronger fish so that a 6wt sensitive rod would be better.

This product could be worthy of purchase for catching the fish

Your reel for catching grass carp would have to have a high drag. Grass carp are known to make fast and furious movements.

Hence, you would need a good drag for wearing them out.

Here are two products that you could be worthy:

For catching Grass Carp, a fishing line of about 20 pound-test would be a good option.

You can check out these products for catching the fish: 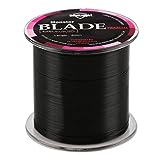 Grass carp would offer intense fight while hooked. Hence, a big 1/0 or 2/0 sized hook would be perfect for catching the fish.

Selection of bait would be imperative to catch grass carp. This fish species is known to be herbivorous that predominantly feed on vegetation.

Well, one of the easiest ways to make bait for the fish could be by combining corn and bread dough. Such bait would work well specifically while baiting the spot to be fished with the corn.

The other useful baits for catching grass carp would be watermelon, cherry tomatoes, lima beans, green beans as well as fresh cut grass.

Step-by-Step Instruction: How to Catch Grass Carp by Fly fishing

The approach would be the first opportunity for screwing up. You would have to walk very softly carrying a bigger stick and to pretend like to walk on eggshells.

Make sure that you are not casting any shadow, breaking a twig or moving the water. All these things could spook the grass carp, and this would eventually ruin your chances.

Step 2: Wait For The Best Chance

Grass carp could be spotted well in the early morning and late evening on the banks while they come for foraging.

You would have to hold on your patience and continue waiting for the right scope of casting in front of them. If the fish is along the cattail edges, you would have to follow the direction in which they are heading.

After this, you would have to creep into the water in front the fish by 50 ft approximately.

However, you would have to make sure that you are not moving the water in their direction.

Now, you would have to start with casting. You will be casting more or less 30 feet from your position and allow it to settle on the bottom to wait for the fish to come close.

Step 4: Taking The Catch Out

Well if it is done perfectly, they would be chasing the fly slowly. You would have to allow them to hunt and then eat it.

Make sure that you are not making it difficult for them to eat it. Now, you would have to lift up your rod slowly. It should be even slower than the casting, and this would eventually make the hook move in their mouth.

They would then jerk the head and hook up themselves without allowing you to do anything.

Pro Tips On How To Catch Grass Carp

How to Identify Grass Carp

Grass Carp are also termed as White Amur, and these are Asian type minnow that could weigh about 100 pounds and attain up to 4 feet length. This fish consists of a head that is mullet shaped and a terminal mouth without the barbell. Grass carp are known to have dark-edged coarse scales.The dorsal fin of the fish has eight rays. The fin is short and situated above the pelvic fins in the mid body. The paired anal fins would be even short that are attached on the lower side of the body.The body hue of the Grass carp varies typically from olive green to silver white. However, this fish species is often used to control the unrestricted growth of aquatic vegetation in rivers, lakes, and ponds. Well, this torpedo streamlined creature could be fun for fishing, and they could even offer tough fight while hooked.

Where to Catch Grass Carp

Grass Carp are known to be the native fish of the rivers of Eastern Siberia and China that connect to the Pacific Ocean.

The fish could be regarded as introduced species. They are often stocked in lakes as well as private ponds for controlling the vegetation.

However, you would be able to catch Grass carp on drop offs, dams, falls, current edges, rock, boulder pockets, undercuts, and many other places.

Hence, it would become easy for you to catch grass carp if you attain a comprehensive knowledge about them and learn the proper technique to grab the fish.

These introduced species are known to be, for controlling vegetation, but when it comes to catching, Grass carp could offer a tough fight, making longer runs. Therefore, make sure that you are following the right technique while going to catch.

We hope that out list of how to catch grass carp would offer you much information to make your carp fishing trip successful. However, if you have any advice related to this article, please let us know in the comments.